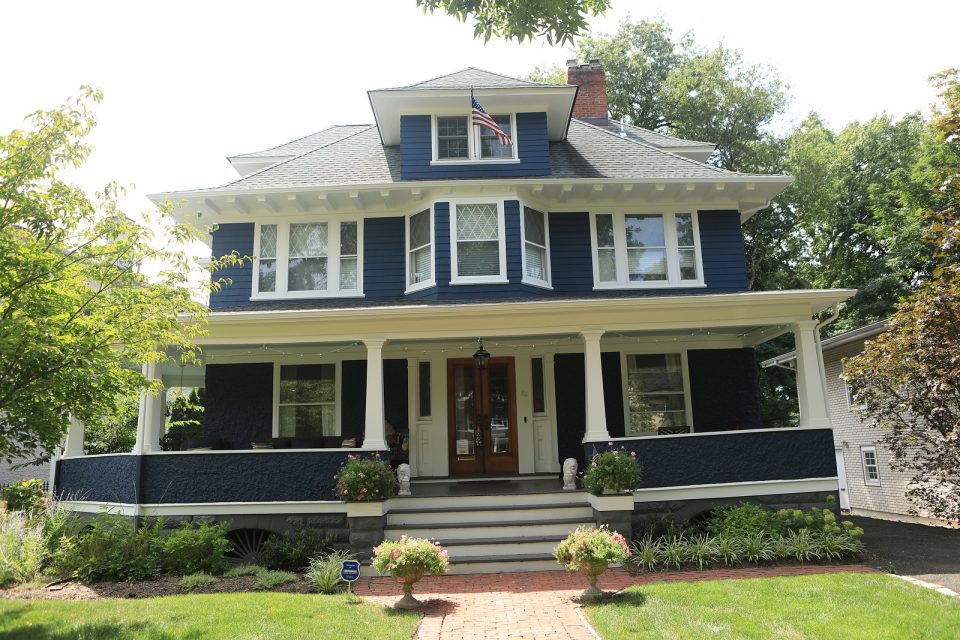 The arguments of the attic proponents are extra space and a beautiful architectural solution. Opponents of the attic argue that the attic is very difficult to operate and often needs roofing reconstruction. Why is this happening? The reason is insignificant – major violations in the construction of roof insulation. People overlook the fact that every element of the attic – steam and waterproofing, insulation, air gap and roof finish – works as a single system.

Therefore, in this article, with the help of Gikas Roofing experts in Montclair, we will tell you how to avoid mistakes when building an attic and rebuilding it using modern materials.

The main mistakes in the roofing reconstruction of the attic:

3 classic mistakes when building a loft in the attic

In most cases, either the customer who did not understand the issue, or the manufacturers who set it up with technology violations, are to blame for the “tarnished” reputation of the attic. The most common mistakes can be divided into three groups:

When renovating the attic – homeowners do not have to leave their house. All work is carried out on the roof, of course, during the warm season. Workers dismantle the roofs, the box, remove the old sealing membrane and insulation. It is not necessary to remove the old vapor barrier. An adaptive vapor barrier is used, which is placed directly along the beams, bending around them.

The advantages of this roofing reconstruction method:

The roll covers are glued with single-sided tape. This will ensure the tightness and protect the water vapor insulation from inside the attic. Also all cracks and joints are sealed between the beams. After installing the adjustable vapor barrier, the roofs place thermal insulation material on it – mineral wool in slabs or rolls. A diffusion membrane is spread over the insulation. The opposite grid and housing are nailed and the final roof is mounted.

Characteristics of a vapor barrier with adaptive properties

Many people have a question, but how does an adaptive tape with variable vapor permeability work, and will the wooden beams rot under it?

The main feature of this vapor barrier is that its permeability depends on the humidity of the air. In the dry state, it does not allow water vapor to pass and with the increase of air humidity, it becomes vapor permeable.

Adaptive vapor control in high humidity conditions acts as a diffusion membrane. It easily removes excess moisture from the structure and prevents condensation on the surface of the beam legs and insulation.

Important! It is forbidden to install an ordinary vapor barrier with the above method. From wooden beams, “wrapped” in a material impermeable to water vapor, they will start to rot.

Renovation of the attic with an adaptive vapor barrier is only allowed for rooms with normal operation. Insulate damp rooms and kitchens with standard sheets.

Roofing reconstruction of the attic with a classic vapor barrier

With the classic method of repairing the attic from the outside, manufacturers also dismantle the roof, insulation and old membranes. The difference with the first roofing reconstruction method is that the usual vapor barrier is placed in a “trough” between the legs of the beam so that their upper and side edges remain open to escape water vapor.

For reliable connection of the membrane to the support points with the beams, the width of the roll or the vapor barrier cut must be 100-200 mm greater than the distance between the legs of the beam. Film coatings must be glued with sealing tape. The vapor barrier is fixed to the beams with synthetic rubber glue and is also fastened with a clamping rail. The rails themselves are fastened with screws or nails with a step no larger than 250 mm. After the insulation is installed, a diffusion membrane is placed on top, which will protect the insulation from rain, snow and condensation.

Due to the high vapor permeability, the diffusion membrane ensures complete and rapid removal of moisture that has accumulated in the thermal insulation and beam structure. During the roofing reconstruction, as in new constructions, strong and high quality roofing membranes are used – which guarantee the protection of the insulation from external humidity and heat losses.

Gikas Roofing use cover films to protect your home from rain, dust and dirt during renovations.

Areas we serve in Montclair:

Signup for news and special offers!